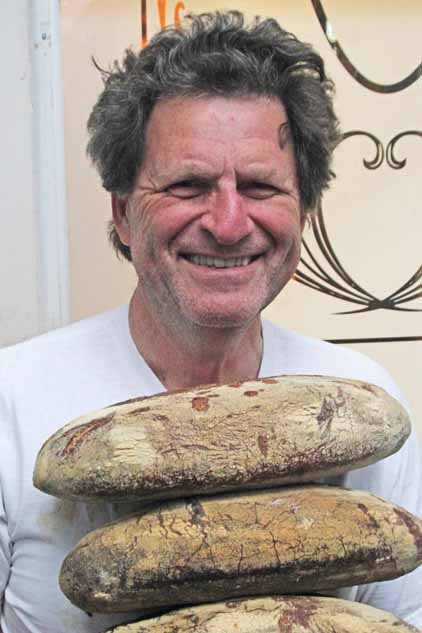 There are rumors of a man who turned his kitchen into a laboratory where he engages in dubious activities. In the wee hours, away from prying eyes he makes attempts at oregano and rosemary leaf distillation for the purpose of converting this ‘concoction’ into potent potions. He experiments with liquid Nitrogen and separates ripe tomatoes in a centrifuge. But the most bizarre ritual he performs is pure Ethanol inhalation, which he religiously does every time a new dough-fermenting bin is exposed to the air: then, he closes his eyes and travels back in time to distant lands and places in his childhood.

Only lately have researchers named this phenomenon as “Coxeruntque Farinam Proclivitas” or “Dough Addiction” where those afflicted experience high euphoria and a sublime state of mindless floating often described as Nirvana. In its advanced state this predicament turns into ‘Bread Addiction‘: a permanent condition without a known cure which afflicts its unsuspecting victims in a terrible way – it turns completely normal ‘Wonder Bread’ consumers into ‘Artisan Bread’ seekers who will relentlessly search for a prized crusty loaf with earthy-nutty flavor which will remind them of the long-gone era before the machines took over our world and fast-food became the ‘Mantra’. When those lucky ones finally manage to put their hands on their ‘prize’ they will cling to it, with a silly smile plastered over their faces while they whisper “Our Precious, our precious…” -Sept. 2017