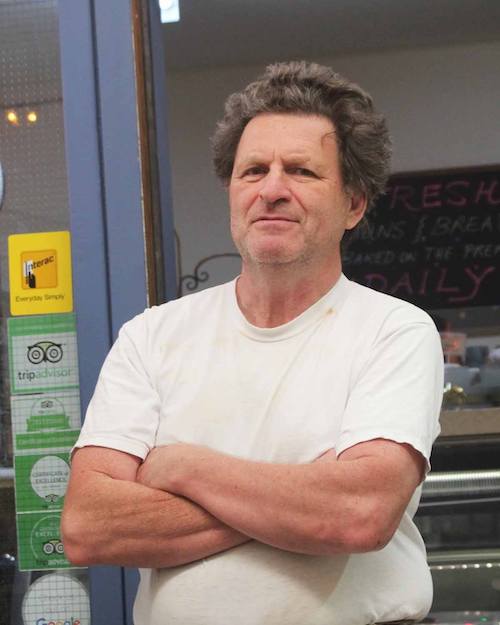 I will first say that I promised to behave. I promised to temper my Middle Eastern / Mediterranean /Eastern European, free-run, free-range, farm-to-table, and gluten-free temperament as I continue with my rants. It is disheartening that now as the ALS breathes down my neck, I, who was a soldier of life, a warrior, lord of the castle, master of my own destiny, have to lay down my armor and arms and allow others to lead me on a leash like a blind and docile poodle. Oh, how the mighty have fallen. I will try to express all the anger, disappointment, aggression, and frustration that bring my blood to a boil, in a mild and serene manner (deep, deep breath here – Lamaze, yoga anyone?).

‘Sharon, my lovely wife, tries to keep a lid on all this and save me from myself. She’s the pure embodiment of compassion, and wouldn’t swat a mosquito even under the threat that she might turn into the Michelin Man after repeated bites. Little does she know that long ago I hired mercenaries to do the dirty job of ‘taking care’ of the pesky blood-suckers: bats have settled in to our home for the promise of free food and cheap room and board. I’ve named them the Seven Samurais, and when their friends join in, they become The Dirty Dozen. They keep the skies clear of enemies so I can sleep better at night. Quid Pro Quo. The enemy of my enemy is now my brother in arms. ‘Si vis pacem, para bellum’ : If you desire peace, prepare for war.

Please note: due to the ever-watchful eye of the Animal Rights Society, no mosquitoes were harmed or offended during the writing of this piece. And they were paid above minimum wage plus benefits.

Since our society has lately become more and more censored, I reluctantly submit my head to the PC guillotine (can I invoke my civil rights?). There will be no public shaming or crucifying. If this were a video, the faces would be blurred and pixeled, and the voices would be distorted and sound like they were coming from the bottom of an empty wine barrel. All the witnesses have been placed under the Government Protection and Relocation program and were issued new IDs. By the time this piece is finished it will have the bland flavor of a vicious Rottweiler who after he was neutered lost his ‘cojones’ and chutzpah, and then was muzzled. All he can do now is think of unicorns and smell the daisies.

I fondly remember the good-old-days of Archie Bunker and Al Bundy, when people had thicker skins and things could be said openly, no apologies necessary. Suddenly, past memories of living under a Communist regime seem more palatable compared to our so-called ‘free’ society of today. Back then, citizens did not muzzle one another. That was solely the government’s job.